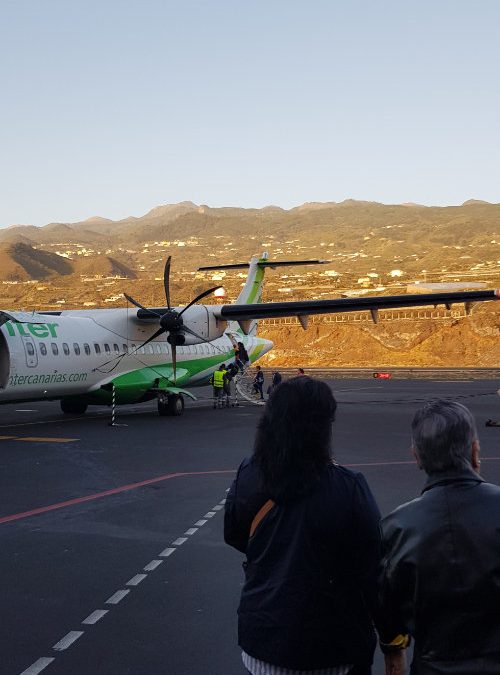 Back in the Saddle

Before I knew it I was the beginning of March, and suddenly I had a flurry of hospital appointments for the various tests that had been ordered on my previous visit to the endocrinologist on Tenerife back in January ( see https://helresa.com/taking-flight/ for details)

So in the space of a week, I had a number of vials of blood taken, my breasts squeezed in a vice like device and laid on a human version of a flatbed scanner. After all that it was time once again to board the plane that would take me the short hop across the water.

Soon I reached the hospital to find things a little chaotic due to an IT failure on the booking system, and then the Nurse getting a little confused because they couldn’t find me in the system, until I realised they had got my names mixed up and were thinking that Theresa Jo-Anne was my surname. Many Spanish people get confused by the fact that I only have one surname as in Spain you normally have two.

Eventually I did get in to see the Doctor and it was a bad news, good news type situation. The bad news was that my bone density scan wasn’t in the system, and my blood tests showed that I am borderline diabetic. But the good news was that once I signed the consent form to agree that I was OK taking a medicine for something other than it’s licensed purpose ( Technically estrogen is not licensed for use on trans people ) I was able to walk out of there with a prescription for estrogen patches and some other meds to help me not go full diabetic.

After a bite to eat and a lovely walk around the historic center of La Laguna it was time to head back to the airport and my flight home, only when I scanned my phone over the scanner it wouldn’t let be enter security. Then I looked and despite my paper reservation clearly showing today’s date, somehow the app was showing a date for tomorrow. This entailed a quick run to the check in desk and thankfully she was able to change things pretty quickly and I made the flight.

It then took another couple of days to get the patches as the pharmacy was out of stock, and then the first patch didn’t stick all that well, but now I’ve gotten used to applying them again and things are going great. The only other big shock is that when I finally got the results from my bone scan, it appears that due to the lack of hormones for 11 years I now do in fact have the bone density in my lower spine of a 95 year old woman.

I shall wait and see what happens on this after my next appointment in Tenerife in July. 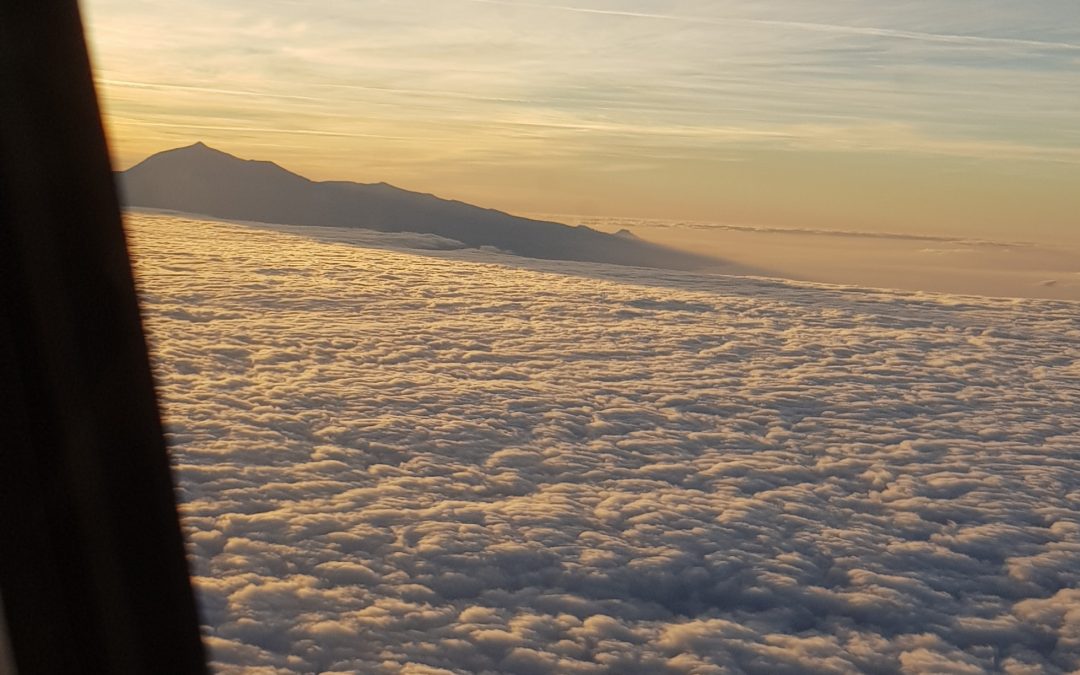 It was a dull grey day at the end of January when I eventually got to fly to the appointment with the endocrinologist in Tenerife. Having a 10 o’clock appointment meant the only flight that was available to me in order to get there on time was the first flight of the morning at 8am. In order to make sure I made the flight I arrived at the airport an hour before, it’s a rare occasion that you are forced to wait for the security checkpoints to open. When they did it was straight through and on to the plane.

Taking off and climbing above the clouds in the early morning light was an experience, it helped immensely to reduce some of the nerves that I had been feeling about this trip, that had only been made worse by a weeks delay. The downside of the flight from La Palma to Tenerife is how brief it is, before you know it we were preparing to land in Tenerife.

Walking from the plane right past the baggage collection belts and winding my way through the throngs of tourists, I headed downstairs to locate the bus to the interchange, because in a great piece of logic, the tram system in Tenerife does not extend to the airport. This means taking a 5 min bus ride before I could change to the tram which delivers me right outside the hospital.

The next challenge was to figure out which of the many buildings that make up the university hospital was the one I needed to be in. When I had located the building, getting to the right place was easy as I knew which floor as that was on the appointment letter. The first thing when I arrived was being sent down to the nurse to be weighed and measured.

Then it was in with the doctor, most of the chat was going over my medical history, good job I had brought my initial report from Dr Reid and the surgical report from Dr Seghers, without these I might have had some issues proving that I had a trans diagnosis in the past. Some of his questions did seem intrusive especially regarding my sex life, however given the nature of the interview, it was understandable.

Then followed something that I hadn’t totally been prepared for, a physical examination, nothing particularly intimate. However I was on edge, when he said my blood pressure was a little high, and maybe it was due to being in hospital, I thought, “I’m sitting here in my knickers being poked and prodded and you don’t expect my blood pressure to be high”.

Once that was over and I was dressed, it was time to get the paperwork. First he wanted a full blood test to check my baseline hormone levels, a bone density scan to see what damage being off hormones has done to my skeleton. He also put me in for a mammogram due to the fact that my mother had breast cancer. He also gave me a copy of the contract I would have to sign to start hormone treatment, I have to sign this to say that I give consent due to the fact that technically the medicines are not licensed for what we are using them for.